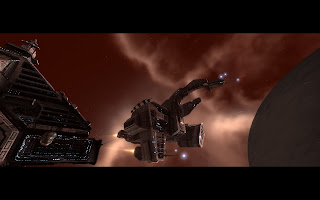 So it seems as if Ivy League has been wardecced by an appropriately named one-man corp. This is my third war now since I've been with Eve University and I've a hankering to fly something a little more substantial than my standard tackling frigate. But since I'm still a PVP noob, I want something that won't break the old bank if it goes pop.

A cruiser sounds like what I'm after and I already own a Blackbird and Caracal but I want something different than what those ships can offer. I want something that can get up close and personal but won't disintegrate if an enemy looks at it the wrong way. Doing some research, it sounds like a Blaster-equipped Moa is what I'm looking for and a quick check of ship prices and skills needed shows that it's definitely doable.
Posted by Winged Nazgul at 10:14 PM