Knight of the Blazing Sun

So Mythic had good news and bad news for me this morning. The bad news was that the servers would be taken down for maintenance thus delaying my Ironbreaker's inevitable march to 40. The good news was that tier 3 templates of the new tank classes were available to play on the test server. This was good news as hardly anyone was going to take the time to level one up that high just to test their level-appropriate abilities. According to the email, these characters would be come with the following:

Very nice. I took this opportunity to take some screenshots of the various incarnations of the KoTBS for anyone who might be interested. 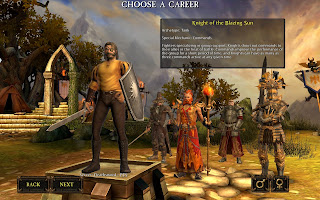 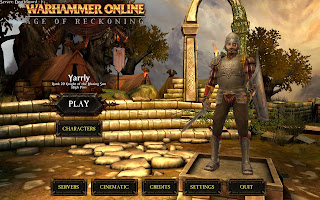 Nobody expects the Spanish Inquisition indeed.
Posted by Winged Nazgul at 12:17 PM