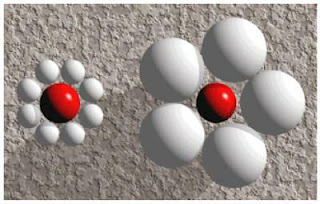 In my honest opinion, I really don't think so. I think Mythic did a wonderful job balancing the XP needed with XP gained through PVE to create a steady upward curve from 1-40. I really haven't noticed any sharp peaks like some people claim to have experienced going from one tier to the next. But, again, I am probably not your typical leveler and it could be I'm not casual enough to detect the added difficulty. WoW pre-TBC was a lot more grindy than the current pace set by WAR, to be honest.
But enough people have voiced this complaint that it really can't be dismissed so casually. I think what makes people think PVE is so lackluster is when they compare it to what they could make with the equivalent time spent doing scenarios instead. Currently, in T4, it's not unusual to make around 20K in XP combined from repeatable quests and kills in scenarios. Combined with around 3K in Renown along with gold and random loot, this can be a very efficient and fun way to spend 15 minutes. Compare this to the time spent collecting all the quests and going from red circle to red circle on the map and it's really no contest to see which would be the most efficient way to level in this game. But, unless you are in a pre-formed PVP Group of Doom all the time, you're not always going to see a payout like this. There's another side out there that wants to win the scenario as well and it's also not unlikely to come out of the 15 minutes with only a couple hundred XP and Renown for your troubles.
If you average out the good with the bad, you will notice the differences in efficiency start to narrow. But people are optimists at heart and they don't go into scenarios thinking they are going to get blown out by the other team. So they will rarely, if ever, factor that in.
Regardless of my stance on removing the repeatable scenario quests from the game, I really don't want Mythic to nerf the rewards you get from PVP to make the PVE look more desirable. I just wanted them removed to get rid of the need to run back or hang around the NPC; I really wouldn't mind at all if they gave us the XP rewards automatically or in some other fashion. This is a PVP game and, while you could solely PVE your way from 1-40; why would you want to?
My advice to those unsure what the best way to level in this game is would be to do what you want to. PVE when you want and PVP when you want. Both will lead you to 40 eventually and the best part will be you got there doing exactly what you wanted to do.
Posted by Winged Nazgul at 11:32 AM